The history of the Mini

The original design of the Mini was created by Sir Alec Issigonis; the Mini was built in 1959 when the British Motor Corporation asked Alec to make a smaller car that didn’t use much fuel due to the 1950’s fuel crisis. The Mini was developed as a two-door, 4 cylinder engine car by BMC and featured a monocoque shell.

The production version of the Mini was first demonstrated to the press in 1959, and by August of the same year, several thousand cars had been produced ready for the first sales. The Mini was officially pronounced to the public on 26th August 1959. During its lifespan, it was manufactured at various factories including BMC and the Rover Group.

The Rover Group was bought out by BMW in 1994 and development started on the new Mini.

BMW then sold the Rover Group in 2000, but it still retained ownership of the MINI name, then re-launched in 2001 as a new modern Mini.

They produced sportier Mini Cooper models, a convertible and a Clubman version, the new models had new interior, new engines, and these were produced and launched in 2006.

In 2010 Mini launched another new model called the Countryman, this was the biggest Mini ever and was also available in a 4 wheel drive version. Unlike its previous models, this was not built in England but Austria.

In July 2019 an enormous parade of original Minis headed to Silverstone to celebrate 60 years of the Mini. Minis of all ages, shapes and sizes took part. Mini’s ranging from 1959 up to 2001 all took place and were made more than welcome by Mini enthusiasts.

When the Mini came onto the scene in 1959 it would have set you back about £500, depending on the model and specification you went for in 2019 prices start from approximately £16,000 brand new. 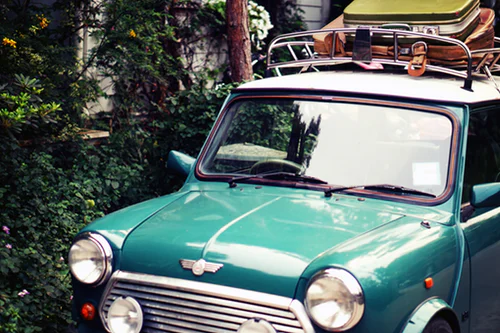